This release is intended to be used with the O3R camera platform ONLY. For other ifm cameras please see the tagged release 0.3.0.

NOTE: The ifm3d-ros2 package has had major changes recently. Please be aware that this might cause problems on your system for building pipelines based on our old build instructions.
We tried to ensure backward compatibility where ever possible. If you find any major breaks, please let us know.

ifm3d-ros2 is a wrapper around ifm3d enabling the usage of ifm O3R ToF camera platform from within ROS 2 software systems. 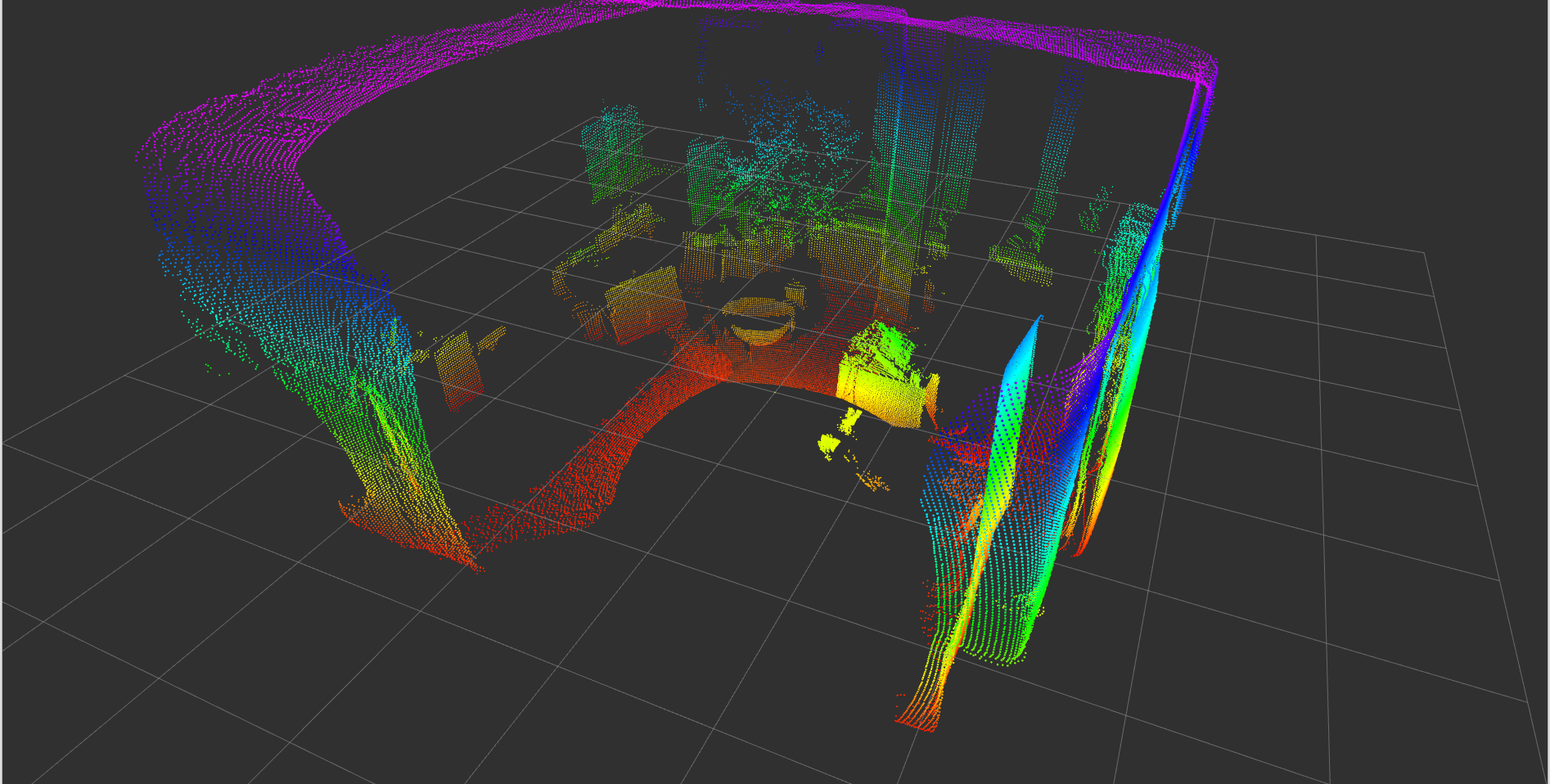 Note: ifm3d_ros2 version 1.0.0 is released as an early developer release for the O3R camera.

Building and Installing the Software

These two packages are only required for testing but not at runtime:

On debian based systems they may be installed as follows (replacing galacticwith your target ROS2 distribution).

You will also need to install boost, which is typically pre-installed in ubuntu distributions, but can be missing when using other platforms:

Launch the camera node (assuming you are in ~/colcon_ws/):

Open another shell and start the RVIZ node to visualize the data coming from the camera:

Note: rviz.launch.py does not include the camera node itself, but subscribes to published topics (distance, amplitude, etc). A camera node need to be running in parallel to rviz (you can use camera_managed.launch). Note also that the rviz.launch.py launchfile assumes one data stream publishes at /ifm3d/camera/<topic_name>.

:warning: to view the RGB image, follow the instructions here.

At this point, you should see an rviz window that looks something like the image below (note that this is the view from 3 camera heads):

Congratulations! You can now have complete control over the O3R perception platform from inside ROS.

We are currently working on rounding out the feature set of our ROS2 interface. Our current objectives are to get the feature set to an equivalent level to that of our ROS1 interface and to tune the ROS2/DDS performance to optimize the usage of our cameras from within ROS2 system (for different DDS implementations).
Thanks for your patience as we continue to ensure our ROS2 interface is feature-rich, robust, and performant. Your feedback is greatly appreciated.

This ROS 2 node build on top of the ifm3d API which handles the data communication between the camera platform and the outside world. This is based on ASIO which conflicts with the DDS middleware fastRTPS implementation in ROS (until ROS foxy). We are currently working on a solution. Until then we suggest to use cyclone DDS for older ROS 2 distributions.